Mistress Nina wanted to test her boyfriend. She wanted to find out whether she really knew him so she pretended to snap and she humiliated him first with her bare feet and later with hard slaps. She made him wonder whether he really knew her. He also second-guessed himself and wondered whether he had done what she had accused him of. But at least she did not learn anything new from him. 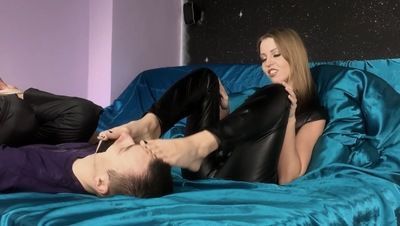