Mistress Belinda was angry at his boyfriend for having smelly feet. She had asked him to get help for it but he did not. She was angry at him for not going to see a doctor and she brutally slapped him today when he did not go yet they had agreed the previous day that he was to go. She wanted to make the situation unbearable for him until he went. 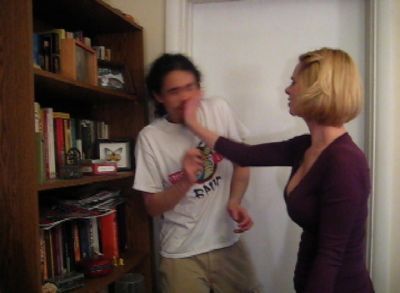